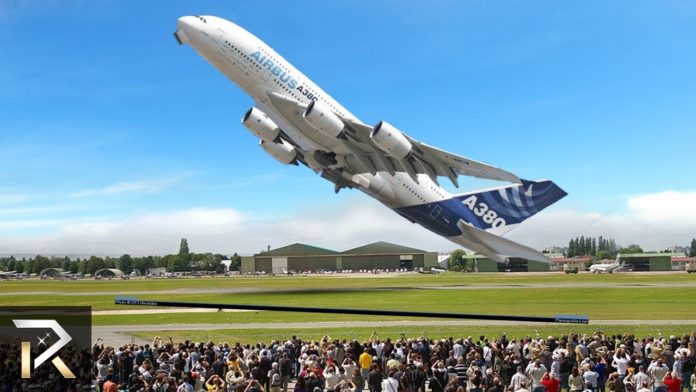 Workout Plans : Get Your Gym Ready for Ninja in 4 Steps

Try out ThePremium Network for free:
top 10 amazing things you didn’t know were possible on an airplane

For around 100 years now, humans have been building and flying all sorts of different machines through the air. Through all of that, there have been all sorts of milestones and accomplishments. The biggest, the fastest, the highest flying. We could go on and on but we think you get the idea. Ahead we’ll look at 10 things aircraft can do that might just surprise you. From extreme capabilities to little known facts most people don’t know, these planes are pretty incredible and prove that humans are both very brave and pretty inventive.

We’ll start things off with something everyone knows a little about – autopilot. It’s used to help pilots fly planes but just how much can be done with this computer aid? Next, we’ll head over to the airshow and take in a rather dramatic maneuver known as Pugachev’s Cobra. We suggest you have an airsickness bag with you. Planes have been landing on aircraft carriers for several decades now. We’ll show you the biggest plane which can land and takeoff from these small surfaces as if it was nothing. Paul Allen was a co-founder of Microsoft. He is also heading a venture which has built a massive plane which will be used to launch satellites into space. Of course, what would a plane video be without a quick look at something really fast? When it comes to the X-15, we mean REALLY fast. One of the more famous aircraft in the world is Air Force One. We’ll look at some of its amazing defensive capabilities and even one that you may not be familiar with. One of the records a plane can set is high-altitude flight. We have a bit of a strange record-setter we think you should know about. Planes carry hundreds of people at a time, or even large vehicles for cargo. We have a huge plane that can carry over 200 tons of cargo and we’re pretty sure you need to see it to believe it. You may have heard of the Doomsday planes operated by the US Air Force. We’ll take a look inside to show you all the amazing capabilities this jumbo jet has. Finally, no video would be complete without a look at the massive Airbus A380. It usually carries around 500 passengers but could carry over 800 if needed. We’ll look at one capability of this beast that most people overlook all the time.

For more videos and articles visit: